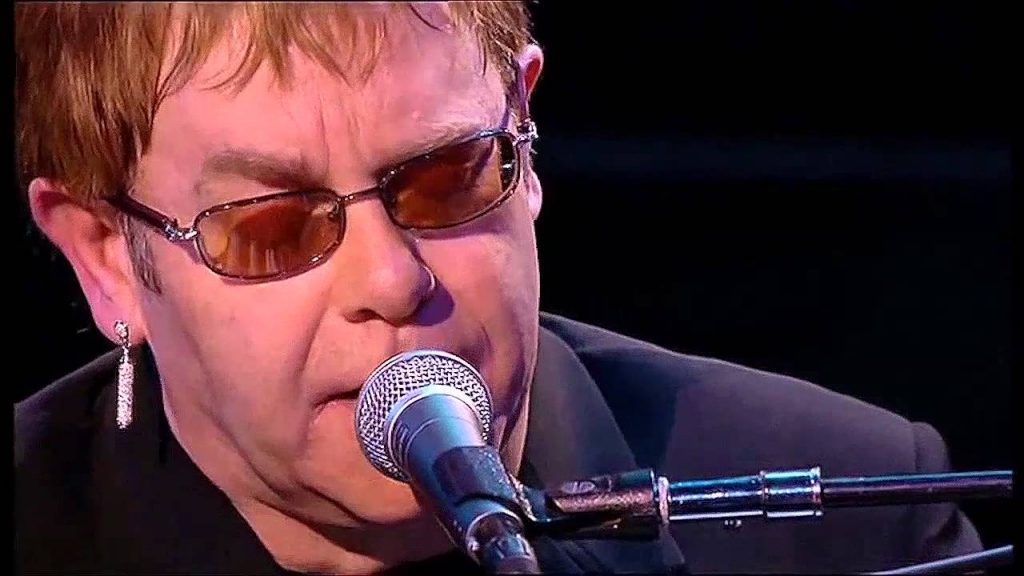 Elton John is as well-known for his style as he is for his rock music. Billy Joel once said that Elton John’s dressing room contains at least fifty suits by Versace, one hundred different pairs of shoes, and approximately one thousand pairs of different sunglasses, each of them ostentatious in their own right. While this is likely an exaggeration, it is almost believable to those who have seen Elton perform live. Even when he appeared in the Who’s film version of their rock opera Tommy, they allowed Elton to maintain an outrageous sense of style. But Elton John’s music career was not built on fashion alone.

He has embraced the tenets of pop and rock music, while bringing to the table his own remarkable talents. Not only does he have the voice that his songs need to be successful, but he is one of the most notable pianists ever to grace the stages of rock and roll. His energetic and ostensibly spontaneous style has been compared to the likes of Fats Domino, Little Richard, and Jerry Lee Lewis. While many less knowledgeable fans of rock and roll might think that the primary instrument is generally the guitar, Elton was one of the premier forces of rock who demonstrated that the piano could stand up to the guitar with equal power and energy.

Pretty much every major hit that Elton John has released since 1967 can be attributed at least partially to the efforts of Bernie Taupin. Taupin is Elton’s primary songwriter and lyricist, having worked with Elton on classic singles such as Your Song, Tiny Dancer, Rocket Man, Crocodile Rock, Bennie and The Jets, Saturday Night’s Alright for Fighting, Someone Saved My Life Tonight and Don’t Go Breaking My Heart, which Elton performed as a duet with singer Kiki Dee. These are just a few of the numerous songs that Elton and Taupin worked on together, although they had many other songs that were highly influenced by R&B and gospel music.

Many (though not all) of the above songs were released between 1970 and 1973, the years that Elton John released his self-titled album as well as Goodbye Yellow Brick Road, with four other albums in between. The 1970s were the definitive years of Elton’s career, even though he continues to perform to this day with numerous other musicians, pianists and otherwise. According to Billy Joel, another pianist with whom Elton has maintained a friendship over the years, Elton John did not know when he got his start that he would ever make it big. He started off in pubs, eventually forming a band called Bluesology that performed with big stars such as Patti LaBelle in the 1960s. Elton John’s own career did not really take off until he met Taupin and they worked on the song Scarecrow together.

They continued to collaborate on singles over the next few years, one of which (1968’s I’ve Been loving You) was aided by Caleb Quaye, who had played guitar for Bluesology. By the time the album Elton John was released in 1970, Elton was becoming a much bigger name. Elton John is not only one of the most influential pianists in rock and roll, but his veritable rags to riches story is also an inspiration for many budding musicians who do not believe they can make it big. Elton John may have started off in pubs with slim hopes for his future, but he eventually became one of the greatest musicians to have ever lived. Share this: